At the Federal government level, we have been a member of the Empowered Communities reform initiative since it was first established in 2015, joining with 9 other regions across the nation to change the way that we, the Aboriginal community, do business with government, corporates and the philanthropic sector to affect real social change in this this nation.

At the NSW state government level, we are one of 9 NSW regional alliances participating in the Local Decision Making reform program, seeking to enter into an Accord across multiple government agencies to deliver projects and sector reforms in line with our community priorities.

We are seeking further engagement with the Central Coast Council, an important partner in the delivery of our Regional Development Agenda and social and economic independence priorities. 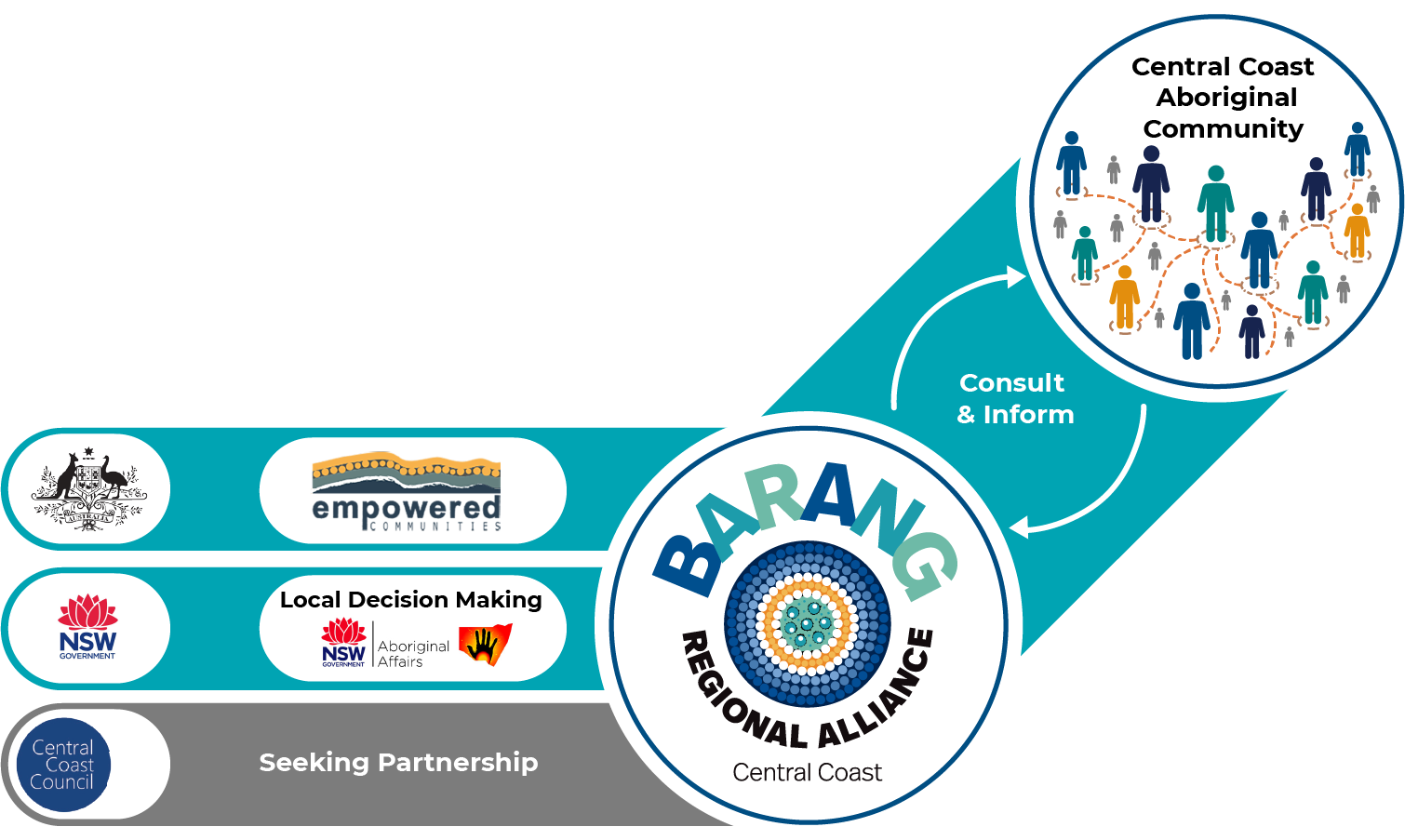 “We want for our children the same opportunities and choices other Australians expect for their children. We want them to succeed in mainstream Australia, achieving educational success, prospering in the economy and living long, healthy lives. We want them to retain their cultures, languages and identities as Peoples and to be recognised as Indigenous Australians.”­­

Empowered Communities is a national Indigenous reform initiative being piloted in 10 regions across Australia, with the support of the Australian Government. It fosters Indigenous-led, locally-driven decision making to restore balance to the relationship between government and Indigenous Australians. It is about Indigenous people taking greater responsibility and developing and leading their own plans for change.

In Empowered communities, the provider is known as a Backbone Organisation. As the Backbone Organisation, Barang Regional Alliance is a neutral convenor, facilitating a new way of doing business between Governments, corporates and the region, one marked by genuine partnership, and a shared understanding of local need and priority. Barang Regional Alliance must deliver Agreed Deliverables each year of the Project. In order to achieve this, Barang must understand community aspiration and priority, based on engagement, to ensure our community has a genuine opportunity to inform local priorities.

LDM is underpinned by the principle of self-determination and aims to ensure that Aboriginal communities have a genuine voice in determining what and how services are delivered to their communities.

Regional Alliances resourced through LDM have agreed to participate in the initiative, this includes negotiating and implementing an Accord (negotiated decision making process) with the NSW Government, which will define the relationship and improve service design and delivery for Aboriginal people and communities in the region.